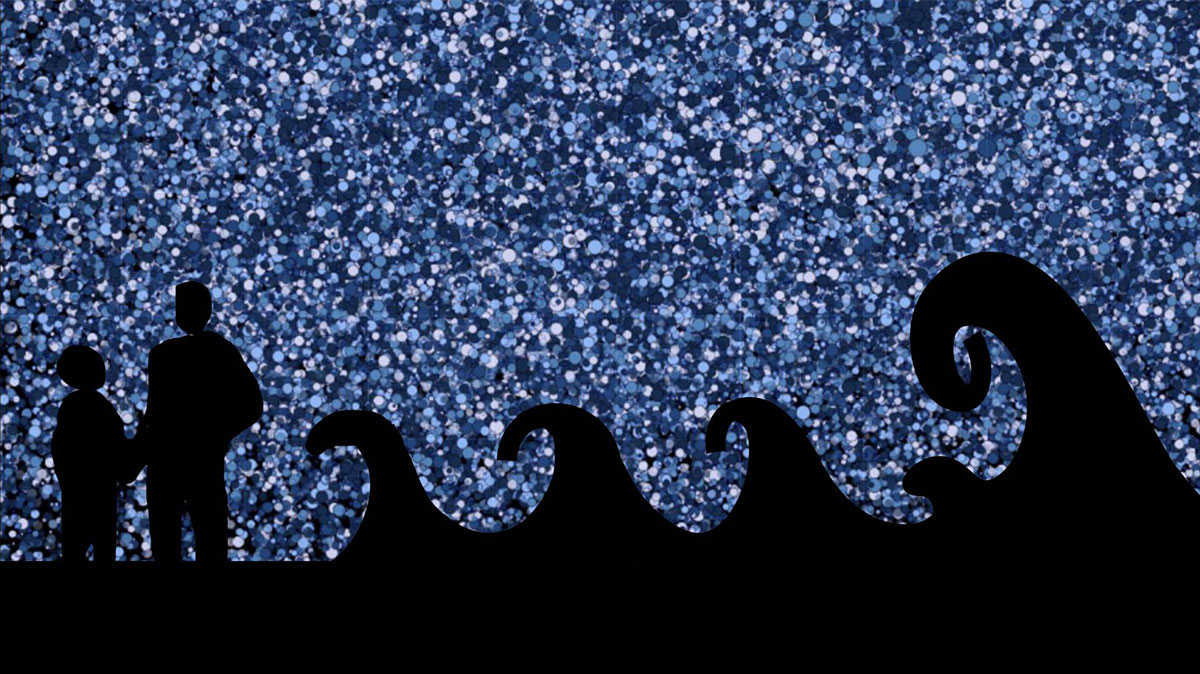 Our project is based on the theme of Childhood Rituals on the beach. Our aim is to transport people back to how they were as children, using interactive water and sand installations, along with immersive audio and video.

Our exhibition will be in a room in the college. The interactive sand installation will be a box of sand where people move the sand around with their hands. The camera on top of the sandbox will pick up the movement of the hands and then different sounds will come through the headphones as the hands move. It is done using the platform Ableton.

The interactive water installation will be created in Touch Designer as well. A moving image of a more magical interpretation of the water in the sea will be projected onto the wall using a projector and a computer. There will be a camera in front of the projection and whenever people move in front of it, the camera will pick up the movement and the image will move around. This captures the way in which most children play with water at the beach.

There will also be a beachy musical ambiance played in the exhibition room created in Ableton. It will capture the sounds and feelings of the beach and will be relaxing and soothing for the people to hear. There is also a video that will be projected onto one of the walls. This is a video of a view of the sea, and it will have beach chairs in front of it so that people can sit there and relax. 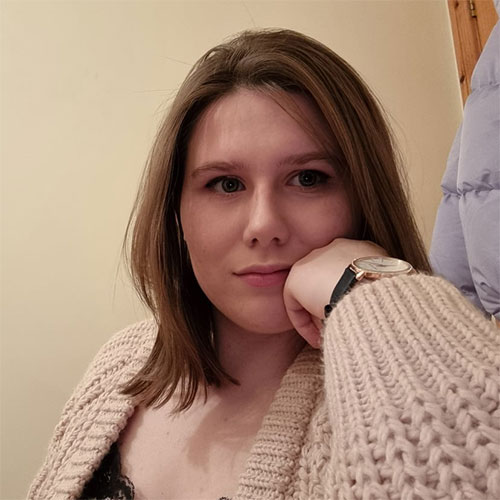 Sarah has been in charge of planning and organising of this major project. She has been keeping communication up with all team members. She has kept a schedule on microsoft planner and wrote up agendas for every meeting. 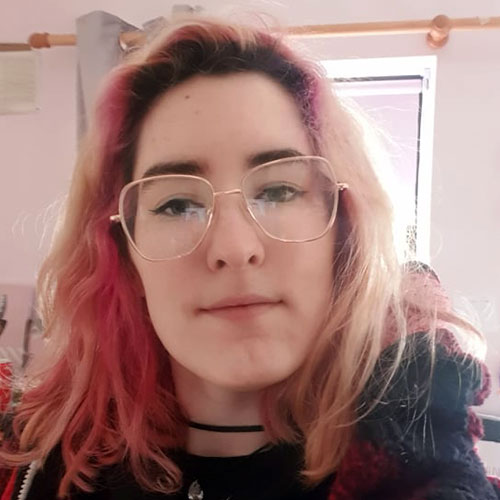 Leanne was in charge of designing and creating the interactive sand installation. She created it using Ableton Live along with the Connection Kit and Spitfire Audio. She captures the relaxing mood of the sea. Leanne also created the website for the project. 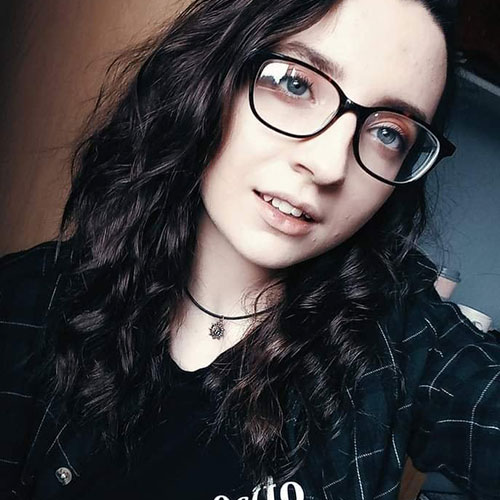 Joan was in charge of designing and creating the interactive water projection. She created it using Touch Designer and designed all the different nodes that were needed. Then she tested it with other people to see if it had the desired effect. She also wrote up all the minutes of the meetings. 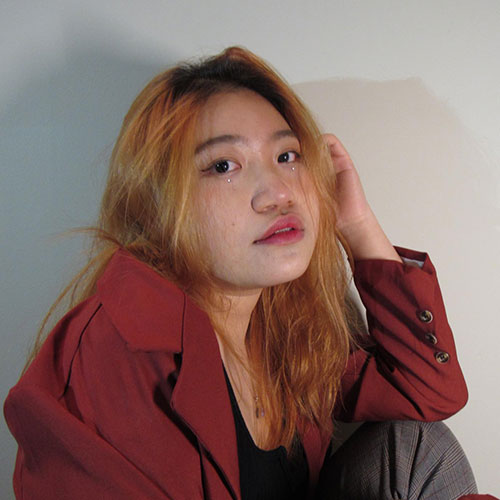 Ka Ki was in charge of designing and creating the ambient audio and music for the installation. She created it using Ableton Live. She captures the calmness of the sea atmosphere in her music using Ableton’s built in instruments. 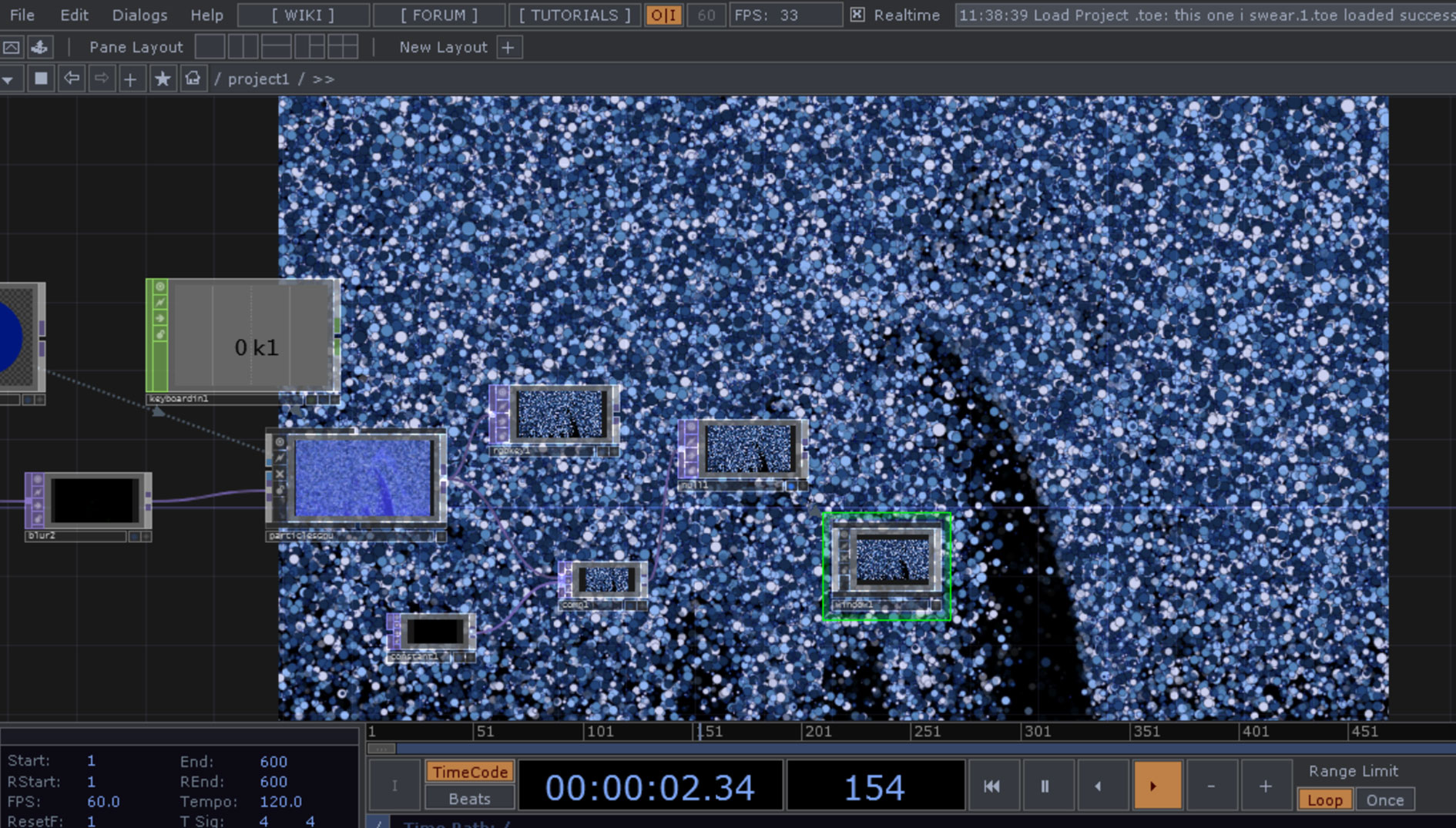 I created the interactive water installation using Touch Designer. I wanted to make this water look more magical and beautiful than what real water looks like, so I used the particle GPU to create this. I also edited it using all the parameters in the elements. I changed the direction and the speed of the wind in the particles to make it calming and relaxing and to make it look like slow running water. I made all the circles different shades of blue to make the design more dynamic and interesting. When people move in front of the camera that is connected to the computer, the camera will pick up the movement and the particles will move with the person. The water will be projected onto the wall using a big projector which will light up the whole room.
Joan 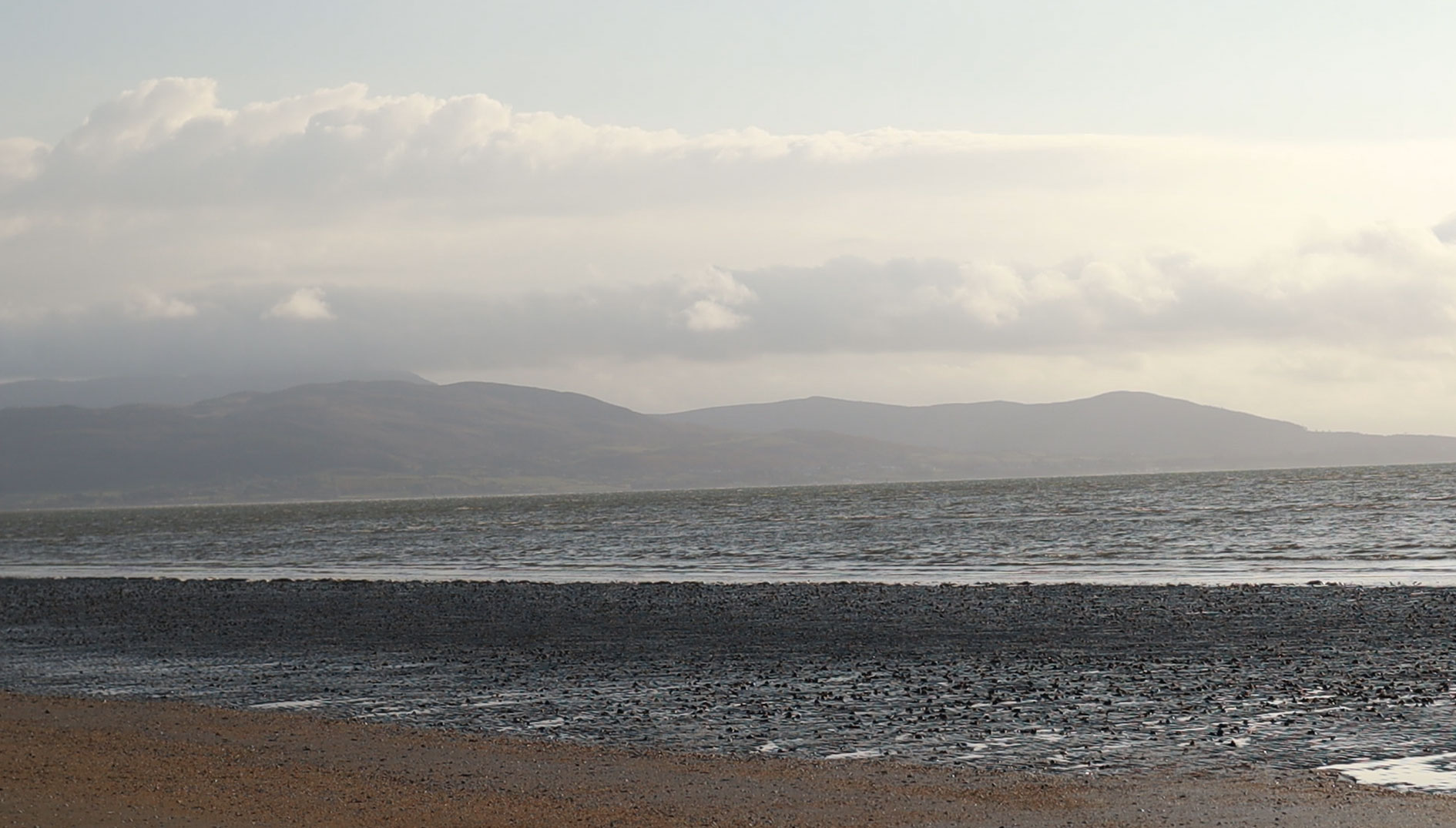 I filmed video of the tide coming in on Blackrock beach. It was taken at nine in the morning to capture the sunrise and also the mountains in the background. It was created with the purpose of reminding people to be still and to take time for the little things, and it will have beach chairs in front of it so that people can sit there and relax. It was filmed on a Canon Eos m50. I got the inspiration for this from the Vincent Van Gogh exhibition in Dublin as many videos were projected onto the wall which I believed added a very calming experience for the people in the exhibition. 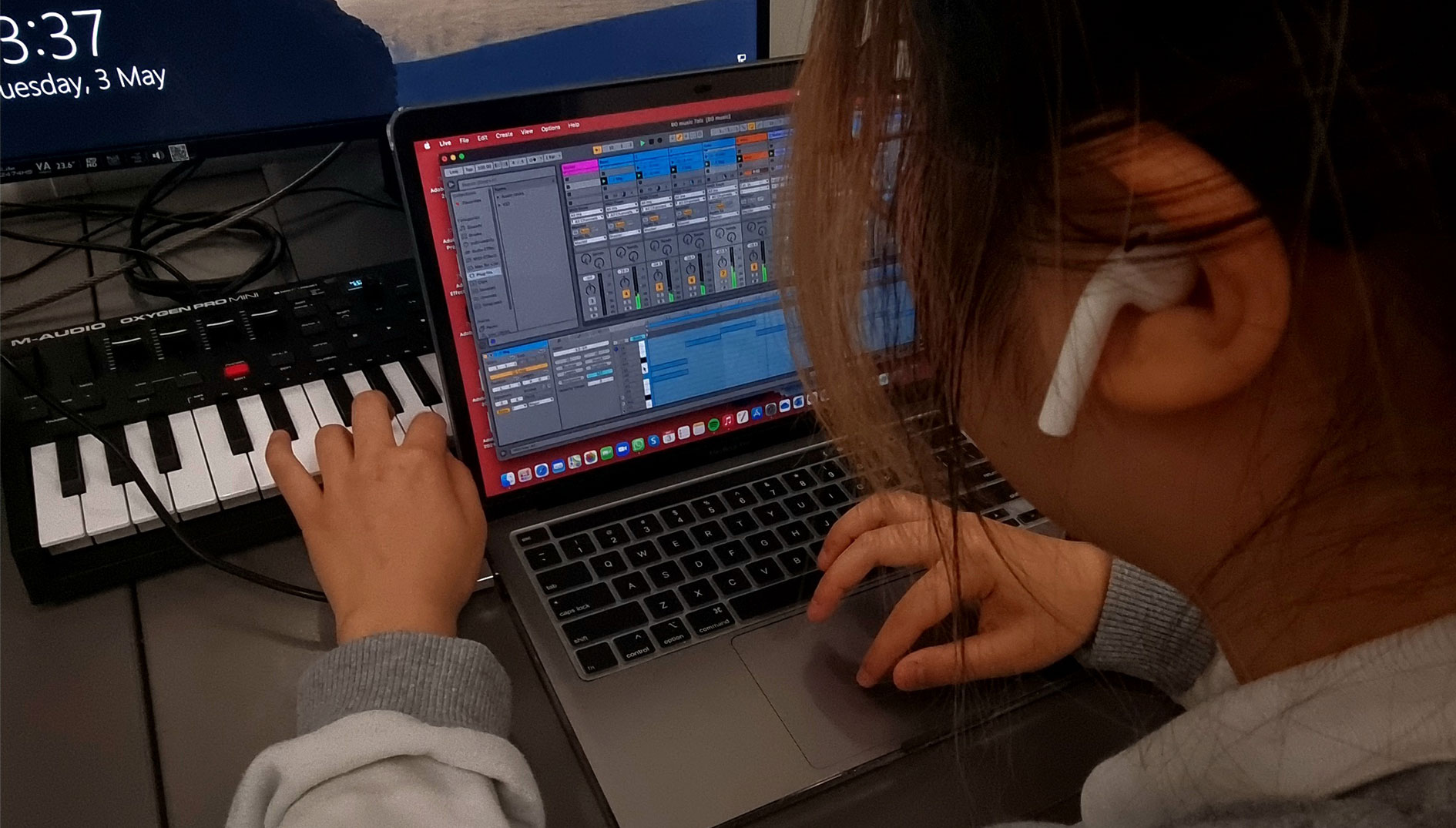 For the Audio part, there was so many idea changes during the whole progress of creating music pieces. However, we all wanted the background music to sound calmn and relaxing so I used piano as my instrument. I used Ableton and my keyboard to create all my pieces. We decided to use one soundtrack for background music in the beginning, but we changed the ideas after all the meetings with lecturers. I used F major in piano for base chords and created calmning notes on top of it. Finally, I made 10 soundtracks in the same style and added it into a playlist to let them shuffle to create more variation to avoid boring repetition for the audience.
Ka Ki 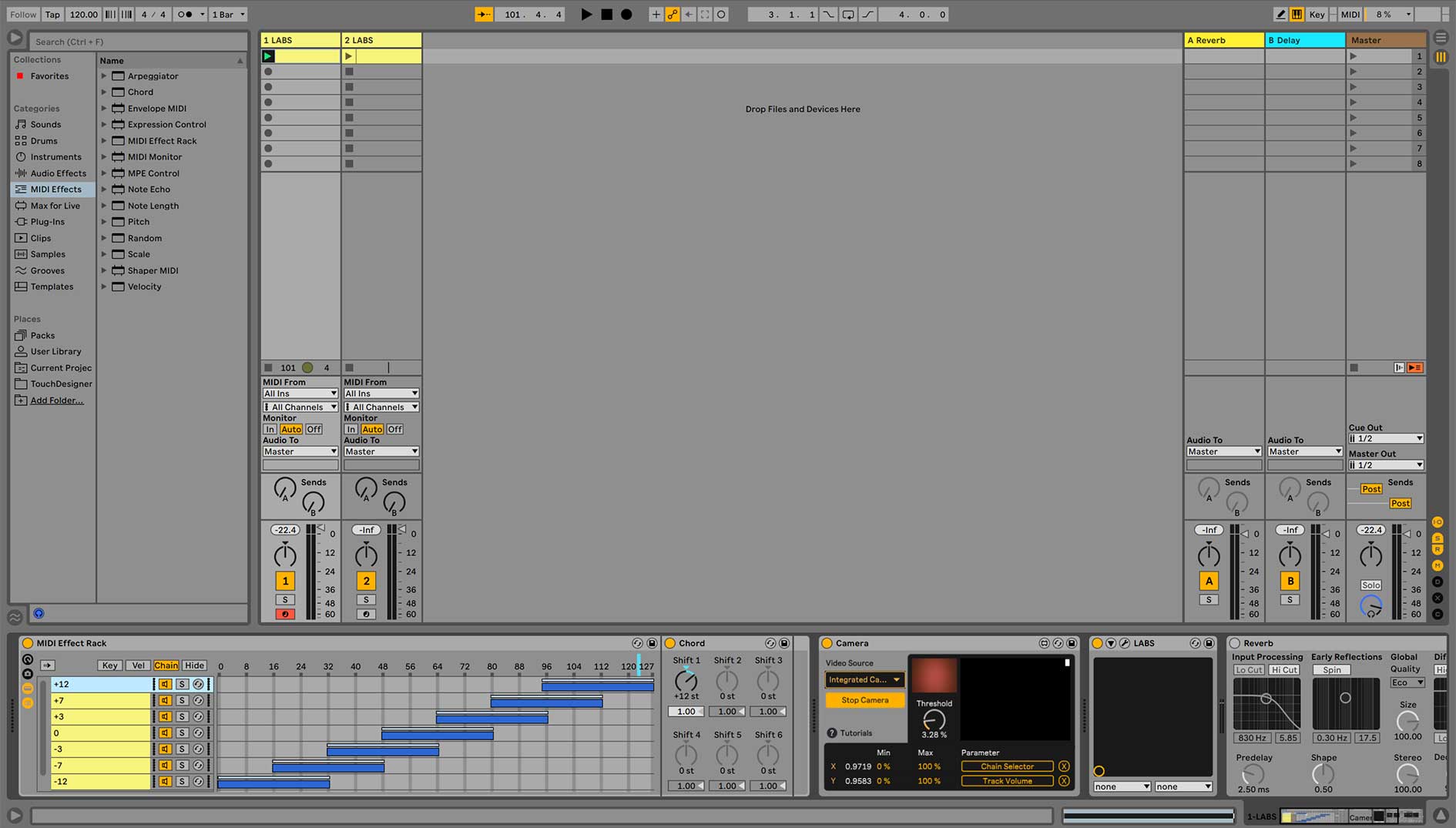 For our Interactive Sand Installation there was a lot of trial and error. First, I researched and attempted using a combination of Touch Designer and Ableton Live. However, with the Camera in the Connection Kit, Touch Designer was no longer needed. From there I created the first draft of motion activated notes using a Midi Effect Rack that was controlled by motion along the x-axis. I then used the Arctic Swells Labs from Spitfire Audio to create a more relaxing and immersive sound. I also tried using a Leap Motion Controller that connected to Ableton with the help of a MIDI port and GECO. It tracked hand movement from right to left to play different sounds along the midi effect rack however it struggled to track the hand through sand and so we went back to the original Motion Detection Camera.
Leanne